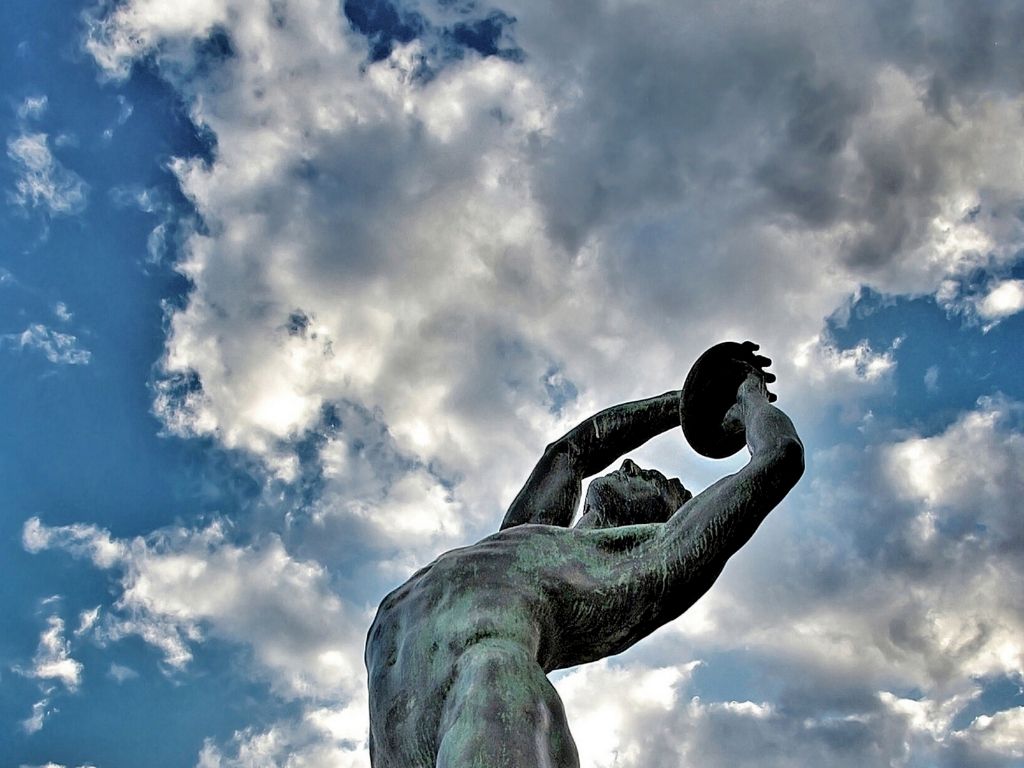 The Ancient Olympic Events You Need To Know About

As with many things, if we trace it back a few thousand years, its origin can often be found in ancient Greece. The Olympics, of course, is one of those things. The earliest recording of the ancient Olympic events was in 776 BC. These events were held in Olympia in the Peloponnese. At this point they only involved one ancient Olympic event! But as time went on it grew and grew, eventually attracting tens of thousands of people, more so than any other event in the ancient world.

While the Pythian games in Delphi and Panathenian games in Athens were also held in ancient Greece, the Olympic games were by far the most important.
Held every four years this tradition continued for the next 12 centuries! It occurred in the hot months of summer between August and September. However, in 393 AD they were banned for their link to paganism as they were originally held in honour of the Greek god Zeus.

In 1896 the Olympics made a comeback, and the first modern Olympic games were held in Athens. While the ancient games were far different from the Olympics we know and love today, it is incredibly interesting to learn about their origin and history. The ancient Olympics events were an incredible show of bravery, athleticism, and sometimes downright savage absurdity. Just wait until you read about some of them!

How The Ancient Olympic Events Differed From Today

In order to participate in the ancient Olympic events there were three requirements. You had to be male, freeborn and a citizen of Greece.

Winners received nothing more than a wreath made from an olive tree branch. But in saying this the winners received something far greater that any monetary prize for their champion status, they received fame. The men who won these ancient Olympic events were worshiped as heroes, and even as gods!

Women were not allowed to compete, and only unmarried women were allowed to watch the events. Another stark difference from today’s Olympics is that men competed completely naked!

In the very beginning the ancient Olympics only consisted of one event. This first ancient Olympic event was the stade, which was a footrace (origin of the English word ‘stadium’) that was about 200m in length. More running events were introduced later.

The diaulos which would be the equivalent of todays 400m race and the dolichos, more comparable to today’s long distance races. The hoplitodromos was a footrace competed in armour and was traditionally held last, symbolising the end of a temporary peaceful coexistence and a return to war.

The pentathlon consisted of five events, running, jumping, discus, javelin and a wrestling match. This competition was introduced in 708 BC and the winners were held in high regard for their overall display of skill and strength in many fields.

For the jumping part of this event the competitors would hold weights that they would let go of at the apex of their jump. This gave them momentum that helped to propel themselves forward. For the javelin throw a leather strap was attached to the middle so competitors could loop their fingers through to gain acceleration.

Boxing was introduced as an ancient Olympic event in 688 BC. Far different from the boxing we see today, the ancient Olympic boxing had no weight categories, no rounds and no referee. An opponent could admit defeat by raising a single finger, but it was such a disgrace to ones honour that many men chose to fight to the death!

As if this wasn’t enough, to increase the intensity of the blows the competing boxers’ fists were sometimes wrapped in leather strapping, and a later Roman invention of metal studs. Much of what is known about the Olympic events now was unraveled by understanding ancient depictions like the one you can see below, many of which can be seen in museums today.

If the fight was dragging on and neither opponent had been defeated there was the option of kilmax. If both men agreed this involved each man having a turn at throwing an undefended blow at the other!

☞ Related: How Many Thessaloniki Museums Can You Visit In Just One Day?

With thundering hooves, flying dust and the overwhelming roar of an enthusiastic crowd, it’s easy to see why chariot racing was quite possibly the most exciting of all the ancient Olympic events. Like boxing, chariot racing came with its own set of dangers, but crashes and deadly collisions just added to the appeal.

The hippodrome was the chariot racing track, about 600m long it had seating for thousands of spectators, it could fit 44 chariots, each drawn by four horses. The winner was the first to complete twelve laps around the hippodrome in which they were competing. This event was only introduced later in 680 BC.

For this ancient Olympic event there were only two rules. No biting and no gauging. That’s it. The rest was a free for all and as you can imagine it was a dangerous sport! Although blows to the genitals were frowned upon, they were not off limits.

Introduced as an event in 648 BC, it is often described as a combination of boxing and wrestling, minus the modern-day rules of course and was considered the most brutal of all the ancient Olympic events.