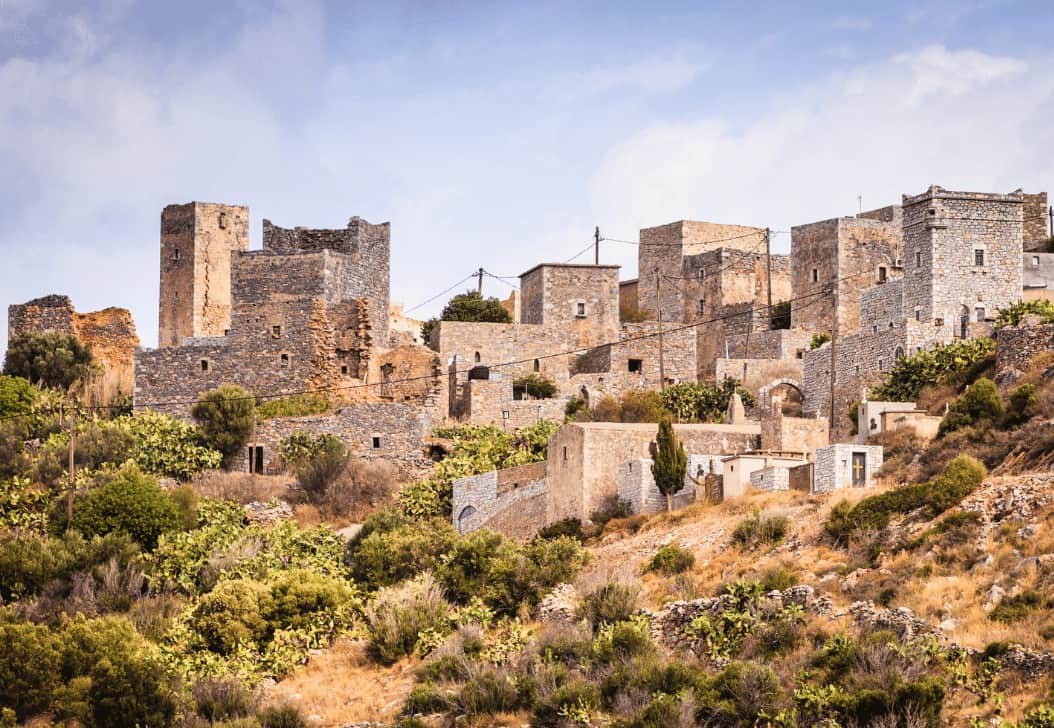 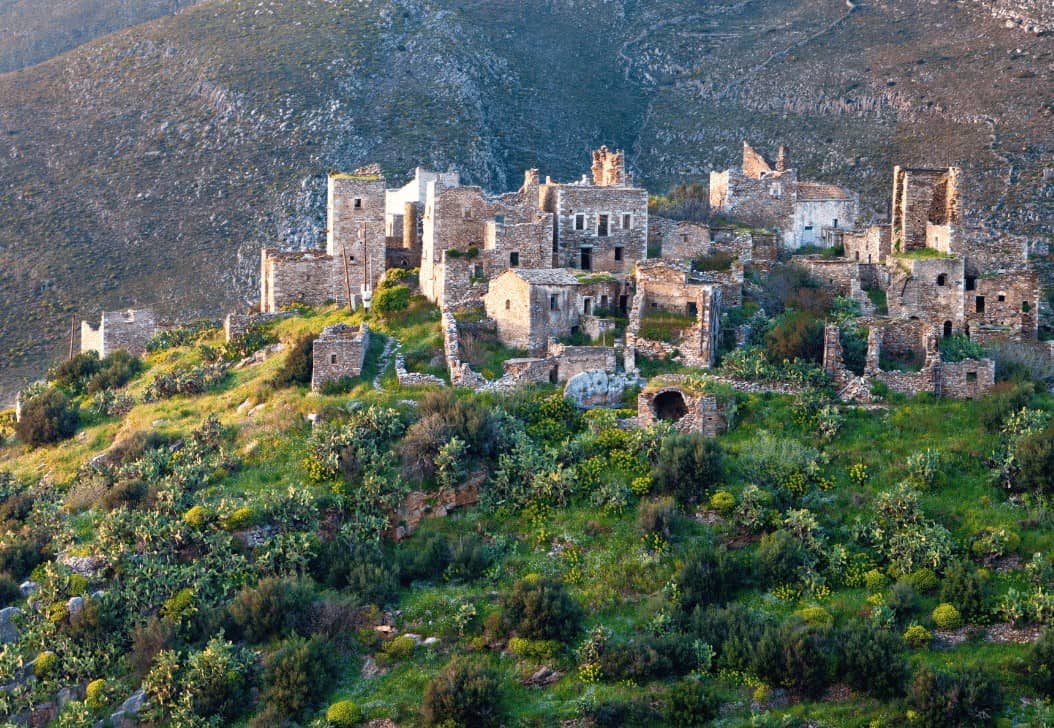 In the harsh landscape of Mani, there is a pristine beauty that enchants visitors.

There is a certain quality in the air and in the proud posture of the locals which silently denotes that this is the only place in Greece that remained untamed throughout its long history of conquerors and invaders. The locals say that Mani is “stones and castles”.

Indeed, their houses were traditionally built like castles, clustered together in complexes for safety, the windows serving as embrasures to defend themselves. Many castle-like houses still stand from the 15th century, the times of the Byzantine Empire.

In this era, the area of Mani was part of the Dominion of Mystras and occupied a central role in the kingdom of the Palaiologi Dynasty.

Today, you will find stone arches and Byzantine ruins next to inhabited houses with rose gardens. Together they form an incredible mosaic of past and present ready to be explored.

This is Mani, proud, wild and untamed..

..Nestled between the mountains, beautiful and imposing, waiting to tell its story to visitors. We will be proud to show you its most beautiful corners in our trips.

In Mani, you have to take it slow. You feel obliged to stroll on the narrow stone paths and experience the raw beauty of its villages.

Untamed and proud, the people of Mani, frustrated by the harsh landscape and their poverty, turned to pirace and became particularly good at it.

They would hide in caves with their small, speed crafts and wait for the watcher on the rocks above to give the signal. The Maniates were so ferocious and notorious that trade ships systematically avoided Mani. Despite their ferocity though these mighty pirates followed a set of unwritten laws which, if broken, could lead to bloody vendettas. They never trespassed on areas of other families, respected the honor of women and never bought or sold slaves, to name a few. Today the locals organize extravagant “Pirate Nights” that revive the days of glorious piracy.

The landscape of Mani is unique both in its geographic topography and in its architectural style.

In Mani, other than stone towers and castles, there are also Byzantine and post-Byzantine churches containing ancient icons and featuring other archaeological sites. Most importantly, the villages of Mani maintain the traditional architecture and a particular lifestyle passed down from generation to generation. It is hard to miss how impressive the buildings look due to that long tradition which subtly expects almost every house and hotel be made of only local stones and mud.

Introduce yourslef to the local delicacies...

While in Mani don’t forget to try local delicacies and dishes whose origin is undoubtedly Greek. One such delicacy is the ‘Wedding Bread’, a type of sweet bread Maniates still serve at weddings; what makes it special is its carved decoration on top. It is customary to carve a grape bunch, to symbolize fertility, and a snake, which is an ancient reference whose origins are traced by historians back to Zeus.

Mani is the ideal place to lose oneself in exploration either by car, bike or, for the more adventurous, on foot.

Our local guides can show you the hiking trails, steep canyons and rough caves of the surrounding area. Among many sightseeing options, we don’t want you to miss visiting the cave of Diros which is a true marvel of nature. A network of lakes connects the vast labyrinth of underground caves. There you can paddle around pink, red, brown and gold stalagmites and stalactites whose formations are imaginatively named.

Τhis destination belongs to the trip: The Land of Heroes: The Peloponnese